On the Imaginative Power of Dirt 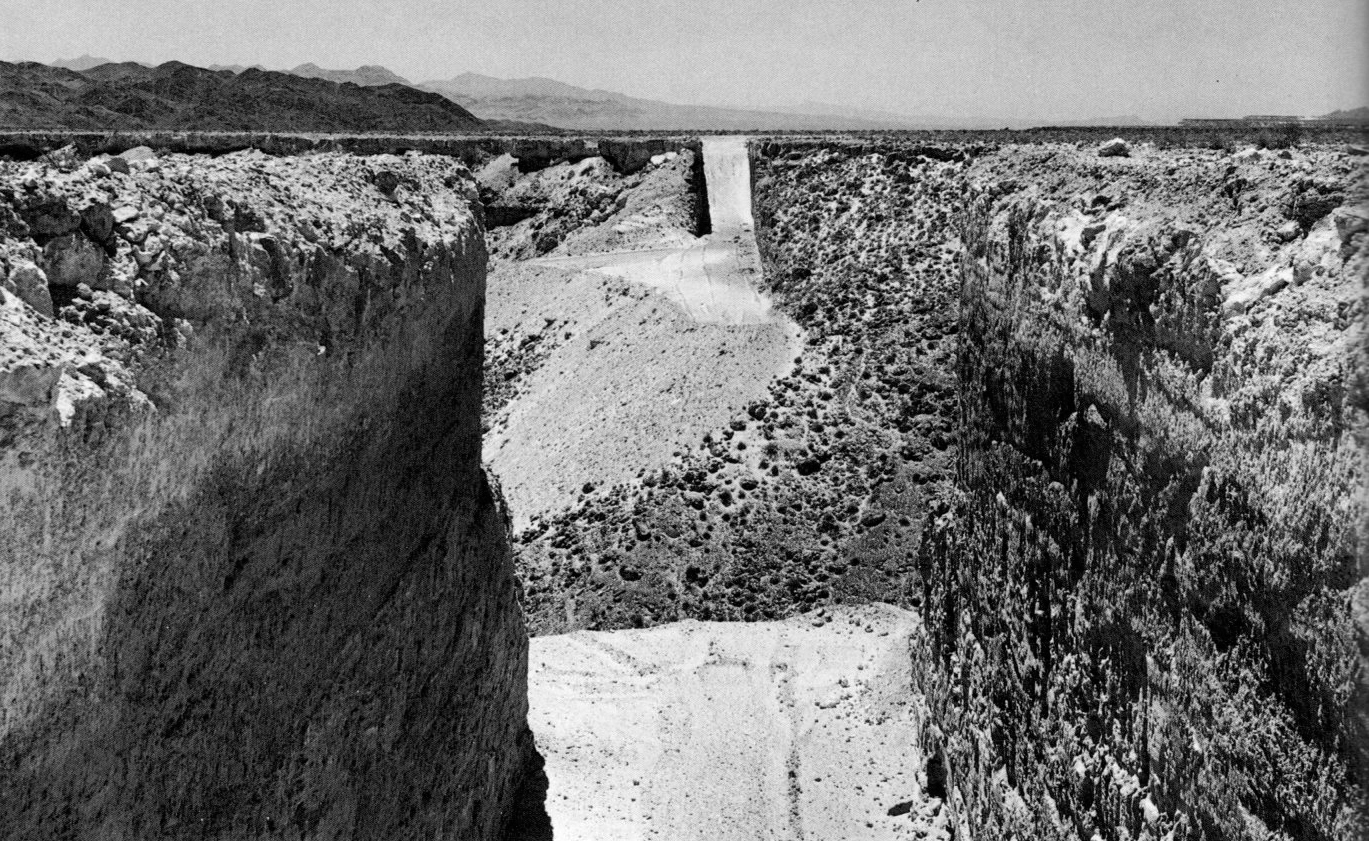 At what point in the historical development of contemporary art did artists begin to show an interest in “dirt” itself? When posing this question, the first thing that comes to mind is sure to be the turning point of the late 1960s. Of course, sand and mud were sometimes used in lieu of paint prior to this time period, and the use of dirt as the material for sculpture and handicraft is by no means limited to present day. However, in the context of the work of a certain group of artists in the 1960s, dirt held potential as a medium for expression. American Land Art artists, including Robert Smithson, Michael Heizer, and Robert Morris, sought out space to create in natural locations in the middle of nowhere, trading their paintbrushes for bulldozers to create massive art pieces and introducing to art a concept of “place” far removed from civilization (Fig. 1). This sense of “place” is remote not only spatially but also temporally in that it lies outside of the scope of human time. The “dirt” in Land Art shows us a world that has gone beyond the bounds of human time and space, like giant artifacts that remain from before the birth of civilization or after the destruction of the human race. It is no accident that the artists were interested in geology and archeology. The dirt keeps its memories of distant times in its depths.

However, the current view on the legacy of Land Art is that it lies solely in having introduced a new artistic medium to the art world, thereby leading to interest in the conceptual and systemic conditions that constitute a certain “place1.” This is known as site specificity, the view that a given place has uniqueness. Indeed, examining the state of contemporary art, we can see clearly that site-specific aesthetics are becoming more and more developed, and it would appear that art has opened up to society via interventions in different cultural spheres. But then, what became of the “dirt” that captivated artists at that time in the 1960s? Must it really be written off as a passing flight of fancy, a naïve longing to get back to basics?

In the late 1960s, the artistic efforts that gave rise to the Italian art movement known as Arte Povera (lit. poor art) came close in concept to Land Art in the United States but attempted to deal with the
materials on a more human scale. For instance, in 1967, Pino Pascali–who would later become one of the key figures of Arte Povera–displayed two cubes of earth installed on a gallery wall (Fig. 2). (Recall that this was a year prior to Nobuo Sekine’s unveiling his cylinder of compacted earth that stood over two meters tall in Japan.) The earth used in these pieces–dubbed One Cubic Meter of Earth and Two Cubic Meters of Earth–was unremarkable and unassociated with any particular place. And yet, as with Jannis Kounellis’s flaming iron marguerite daisy featured in the same exhibit (Fig. 3), although Pascali’s pieces are nothing more and nothing less than precisely what they are, there is something powerfully evocative about them.

I am tempted here to borrow a phrase from the philosopher Gaston Bachelard and call Pascali’s treatment of earth a “material imagination.” Bachelard is known to have made a distinction between the formal imagination and material imagination as modalities of the human imaginative faculty, contemplating the image stemming directly from matter and existing independent of form.2 Of course, Bachelard’s object of inquiry was imagery in literature, not images perceived visually. Still, it would seem that Pascali’s work also has the power to capture something that can only be described as an “image” whilst abandoning symbolic imitation. In this sense, the critic Germano Célant, known for coining of the term Arte Povera, offers us a hint in his tautological commentary on Pascali’s earthen cubes, which he calls “natural synecdoches in a natural world.” In other words, even as they are indeed cubes of dirt, the pieces also come to mean the “whole.” In the presentation of cubes of earth,
what appears before us is the expanse of Mother Earth that spreads out under our feet, the totality of which is beyond our fathoming.

In this way, Arte Povera artists uncovered the relationship between man and nature in everyday things through the power of imagination. The key here is that the artists were dealing with “a state of rediscovered naturalness (Alberto Boatto4),” which is to say that they were interested not in untouched nature, isolated from human society, but “rediscovered” naturalness and its relationship to humanity. Nature does not necessarily stand in opposition to culture. In the work of these artists, it is possible for soil and wood to be combined with plastic and stainless steel, and laws of nature are sometimes unearthed within the resulting aggregation.

In Giuseppe Penone’s Breath (Fig. 4), huge pot-like terra cotta structures bear the outline of a person who has taken a breath. Despite being conceived as such a primitive implement as a pot, the fact that the terra cotta (lit. baked earth) forms are modeled after a person’s breath harkens back to the creation of man in the Old Testament book of Genesis. This is the myth in which God created man in his image and breathed life into the first human, Adam. Of course, this is by no means suggesting that the artist is imitating the handiwork of God. Rather, the prehistoric myth of the origin of life is reenacted in this artifact in the earth (matter) and breath (spirit).

We observe the layers of time carved into the earth and we wet, dig up, and fire earth to make pottery. If this intimate relationship we have with dirt is a particular focus within the context of contemporary art, it is not merely that humans need to reclaim nature but that the connectedness we originally had to it is on the verge of rediscovery. On the imagination of dirt will always be projecting “anew” to us an image of the relationship between humans and the planet.

Unearthing Another Side of Existence – Keiichiro Tao